Brussels: To Grieve Or Not To Grieve – A Loaded Question 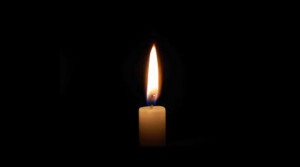 In light of the terror visited upon Belgium this week, I decided to revive this piece. It had sat there unfinished for some time, as it wasn’t quite ready for the light of day when originally conceived of, which was in the aftermath of the attacks in Paris last November.

I lie. It was ready. I was just afraid people might misinterpret what I was saying about selective grieving. However, I can only think my own thoughts, and as it’s none of my business what any of you are thinking, I’ll proceed.

I grieve quietly and privately. That’ll change, I’m sure, as life’s not-so-little cruelties catch up with us all at some point, and I don’t suppose I’ll ever be ready for them.

I avoid ‘easy’ or ‘detached’ grief on occasion. Recently, when trying to pick a film, one blurb mentioned something about a dog being killed, and I browsed past that particular offering faster than Lance Armstrong whizzing past a voluntary drug-testing station circa 2002.

I selected not to grieve the passing of that fictional canine, and I’m okay with that decision. I selected my own reality. I’d select more of it if I could, and I believe we underestimate the amount of control we have over our own realities. There might even be reality-dodging experts out there who don’t even know they’re experts in their field. The duvet day is the perfect example. Hide from the world; screen your calls brutally; watch three of your favourite movies back-to-back. Your own private world, and let no sane person fuck with it in even the slightest of ways.

Protecting ourselves as best we can, curling up into the foetal position that is distraction and obliviousness, we like to think of things other than grievous acts of callous, premeditated, and largely indiscriminate murder.

But they still happen.

Neuroscientists talk about how our brains might only have finite supplies of certain neurochemicals; the female reproductive system has a limited number of eggs and only so many are released; my delicate mind has, I believe, the capacity to absorb only a limited number of harrowing events in my lifetime.

Like Turkey 6 days ago (at least 5 dead). Like the Russian plane over Sinai last October (224 dead). Like Paris in November (137 dead). Like the suicide bombing in Beirut a few days before Paris (43 dead). And not to forget the injured and bereaved and scarred associated with the above, for that is a very great number indeed, and their pain is of a magnitude so great few of us will ever know it. And further, not to forget every other incident that has occurred in and around the dates of the above-mentioned ones, as well as every other unjust and callous incident since the dawn of time, and why not take future ones into account as well, for they will surely roll off the conveyor belt of horror that trundles relentlessly and mercilessly by as our civilisation clashes with itself time and time again.

Paris in November was something of a milestone for the social media age. At least as far as Western social media goes, and as far as Western tragedies go. Because other regions and their tragedies, well, as we all know, they don’t receive the same level of coverage. It’s easy to accuse our mainstream media of not affording non-Western tragedies the same amount of airtime or column inches. By attributing less significance, journalistic bias is surely skewing our view of reality. What’s harder, though, is to consider that mainstream media gives people what they want. By people, I mean the majority, as, of course, a great many other people are rightly outraged by the Western bias. But numbers are crunched, viewing figures go up and down, and we get wall-to-wall coverage of the tragedy that will get the biggest audience. I could say the tragedy that resonates with, and has significance for, the greatest number receives the coverage. But I didn’t.

I believe we are complicit in this reporting bias. Not maliciously, not contemptuously, but it seems we’re given what we ask for.

Alternative media are growing prodigiously, filling the void that has been created by the preferences of objectors. There are biases within alternative media outlets too, and no matter what we do, we’re always left with the conundrum of who will edit the editors, curate the curators.

And so we took to social media. Facebook offered an extremely easy way to add the French flag to profiles, and people did so in their droves. It’s a gesture, that’s for sure. And probably heartfelt too, it must be said. Some would say it was perfunctory and pointless, which I don’t think would be fair to most of the people who adopted the tricolour for a while. It’s simply a simple gesture, which is all we have in the face of atrocities like this. What was gained by it, the detractors asked? A show of solidarity, for one. And two, people were facilitated in expressing their grief, which they were told was self-serving as it only helped themselves; but this is what we are, this is what we do, and this is how we negotiate what can at times be a wickedly punishing world. We do what we can to get by, and if overlaying the tricolour on your profile photo got you by, then that’s absolutely fine.

I chose not to myself. I remember feeling conflicted that day as I saw the blue, white, and red flooding the news feed, and I couldn’t help but feel that peer pressure and the power of the mob coerced a great many into making the change.

I didn’t know if I really wanted to, if it was too much of an empty gesture, too vapid a statement. I wanted to grieve, yes, but ‘how’ was the question, and I didn’t have the right answer for me.

Those who criticised those who exclusively mourned for Paris had a point. To only mourn the lives of those victims while there was a concurrently occurring and equally worthy cause in another equally worthy country, was, to say the least, incongruous, and, at the further end of things, disrespectful. But do these same critics mourn everything?

Let’s take stock for a second. What is the nature of the situation? Beirut, Iraq, Syria, Brussels, Ankara, Paris, and on and on and on, and everywhere. People. Loads of them. Murdered. In barbaric fashion – is there another kind? On their own streets, going about their business, protecting their families, flying home from a holiday. Living their own lives. And now no longer living.

I didn’t mourn them all, though. Why? You all know that: because we only have a certain amount of time in a day, and we get on with walking dogs, meeting deadlines, making dinner, winding down, making sure we stay well, etc. Also, I think to process everything would be nigh on impossible. Worse still, it could be dangerous for us to do so.

And by mourn, I don’t mean to merely spare a thought for the dead and afflicted. Anyone with an ounce of humanity spares a thought. I mean to truly mourn, and I don’t believe many people did so. Moreover, I don’t believe anyone is under any obligation to do so.

We live in bubbles of our own making. Depending on our political leanings, the causes with which we are sympathetic, and our desire to effect change, that bubble is either lithe and airborne, or dense and bouncing regularly at the loci of your concerns, or somewhere in between.

Tragedy visits us all personally at different points, but what if we all always had to personally visit tragedy? This is the situation we find ourselves in when someone criticises us for not mourning Brussels or Paris, or for mourning them and not all of the other equally mourn-worthy atrocities.

When mourning is at your doorstep, you bring it into your house, give it a bed to lie on, and allow it to take you through its all-consuming and gut-wrenching processes. And from what I’ve seen and heard, it’s a cripplingly life-changing experience.

When mourning is not at your doorstep, things are vastly different, and perhaps judging people harshly on how they mourn from afar is, well, a little harsh.