Selfless selfies? Ladies, Holden Caulfield salutes you! We salute you! 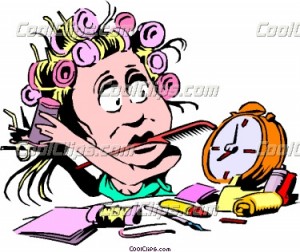 The misuses grab the headlines, however, no finer example being the obsession with sharing one’s face with the world. The lethal alliance formed by social media’s dissemination abilities and the thing that surely represents the pinnacle of narcissism has been plaguing us for some time now, although it’s an innocuous enough phenomenon in some ways. I mean it’s hardly new, and many of the greats from the art world indulged in self portraits. And what’s wrong with a – and this is important – little, just a microscopic bit of self-admiration? After all, you’d be foolish not to be proud of yourself. But as alluded to, the quantity of this self indulgent behaviour is the all important thing here. Never has the maxim ‘less is more’ been more apt.

But when the ladies on our friend lists starting sharing photos of themselves in their droves, I believe we finally saw the hammer being used to get that last difficult nail into its rightful resting place. Note for the more obsessive voyeurists out there: we’re not speaking of those choice pictures in which dresses are just the right amount above the knee, yet not a million miles from bellies; no, we speaking of the luscious-looking lassies who’ve allowed us into the privacy of their real worlds, the world in which they exist beneath a layer of foundation and mascara, the deep, benevolent sea of identity so often silenced by the actions they take in good faith, actions they take to ‘measure up’, to ‘toe the line’ of expectation just that little bit more, hence ensuring their deliverance from the shackles created by the idiots in charge of distributing media to our suggestible little minds.

But what’s that you say?

Den den den! Fanfare! They weren’t wearing any makeup. Oh the horror of it all! Seeing your female companions in their natural state, a state arrived at through countless revisions by mother nature – wouldn’t you say she knows what she’s doing? – as the evolutionary wheel went through its perpetual journey of countless iterations towards making everything as good as it could possibly be.

Well, no. In reality, this is how we are. Raw, flawed. The perfection of imprecision is the best kept secret known to humankind. What’s the problem with seeing someone proudly exhibiting the natural and wondrous beauty they find themselves in possession of?

But magazines and photo-shoots are part of the real world too, I hear you shout angrily, shaking your fist at the screen and considering selfieing this ‘fist in front of face’ pose.

That is true. They are part of the real world. Still, we’re all in agreement regarding the world’s occasional propensity to occasionally be a rotten place. No fists shaking here, right?

Here’s a confession, but seeing as how there’s nothing new under the sun it’ll come as no surprise to anyone: I’m attracted to attractive people. But the eye of the beholder and all of that jazz suggests there’s someone for everyone. And there probably is, yet we’re generally in unison when we burst into song, that same hymn sheet being tugged at from all sides of the choir. So yes, guilty as charged, I’m attracted to the attractive, but I’m not alone in thinking that the criteria we – I – judge people against are unrealistic, unfair, morally undesirable, otherworldly, outrageous in the extreme, hardly the stuff of a so-called civilised society…the list goes on. And not to forget the deceit involved, the fantasy element to all of this, the make believe of make-up, which brings us nicely onto Holden.

Salinger’s disaffected protagonist revelled in rebellion like no other, pulling no punches in his attack on the phonies of this world, and were he alive today – ahem, were he not a fictional character – he’d probably initiate the ripples in the pond that would ultimately lead to the whole world joining together in the biggest standing ovation ever to grace the planet, and all for the ladies who in the last few days have been posting selfies sans makeup.

The beauty industry is one of the phoniest things ever to be conceived of, and there’ll be few things that follow that will be less phony. Don’t get me wrong, I look in the mirror before I leave the house as well, usually just to make sure why hair isn’t cocking up at one side or something; and I’m not just out to attack anyone in particular here, nor even one subset of people. No, all I’m here to point out, nay, remind you of, is that no matter which way you look at makeup culture, it’s still ugly as fuck. Suitors fawning over the fairest maiden, maidens painting themselves to stand out from the crowd. Yet neither party can help it. This is simply how we’ve come to understand the world.

Society’s training attempts to program us to lust after skinny and pretty, and tall, dark and handsome. And it succeeds in an awful lot of cases. An awful, awful lot.

This conditioning is hard on the vulnerable. They paint and trim, groom and buy. And we’re all complicit in this atrocity, this conspiracy against women. Some other genders, too, it must be said, although it’s mostly the ladies who are affected by this timeless and ubiquitous phenomenon. Utopia would probably ban alcohol, replacing it with something fun and harmless, and I’m fairly sure the voting would be pretty tight on whether or not to wipe make-up from the history books as well.

Where is the honour in liking the fairest maiden only because she is the fairest with the benefit of products? Where is the integrity of the maiden who, for all intents and purposes, wears a mask to attract said suitor? Both sadly missing in action, I’m afraid to say. And both parties are to blame, trapped in a reciprocal relationship. It’s important to point out as well that not all beautification is done to attract suitors. In fact, I suspect the majority of it is for personal satisfaction and simply to feel good about oneself. Again, I don’t condemn this in any way, but even if it is just for personal satisfaction, isn’t that just done for the purposes of attracting the person staring back at you from the mirror?

And even more importantly, as some friends very insightfully pointed out, we shouldn’t tar everyone with the same mascara brush, for only a mug would assume that all women are a slave to the makeup trade. Indeed, and to quote the aforementioned friends, a “daily face is already a no-makeup selfie” for lots of women.

But the problem nonetheless remains, and so, mired in phoniness, we disappear farther and farther into a beastly, superficial social world that’s predicted on lies and where deception is not only tolerated but actively encouraged.

And I can be just as phony as the next person, so please don’t write any comments to the effect of ‘you bloody double-standards wielding hypocrite you,’ ’cause I know already. Glad we cleared that up.

Never has the selfie been so selfless, so ladies, keep ’em coming please. You’re all beautiful. And let’s not forget why they’re posting them, folks. Text pink to 50300 to donate to the Irish Cancer Society, and if you post a selfie with no makeup on, you gotta donate.

Holden, you may now take the floor.